It seems that I have neglected to update the Website with information regarding our recent festival acceptances, so here we go.

Back in 2012, we had just wrapped our 2nd feature, Red Scare, and while we didn’t want to stop making movies, we also wanted to slow down. So, we decided to start making short films. Our 2nd short film, Tell Me Something Good, was written by Dan Gregory & Directed by Sean Feuer and filmed in April of 2012. During the edit, the hard drive that the footage was on was stolen from Sean’s car, and we thought that it may be lost… until I found that I had backed it up. It took awhile, but we finally were able to complete the film in 2015. It had been so long, we just wanted to get it into the world, so we uploaded it to YouTube and never sent it to festivals… Until this year when writer Dan Gregory wanted to give it a whirl. Since then, it has been an Official Selection at the Brightside Film Festival (where actor Dan Gregory was nominated for best actor & won Rising Star Award) and the Point Lookout Film Festival (where Dan was again nominated for Best Actor and won “Best Concept”).

“Click Send” (which is available to stream on Amazon Prime) recently got into the Die Laughing Film Festival in Los Angeles, and screens on Friday, May 10th. This extra laurel makes “Click Send” our most accepted short film so far. 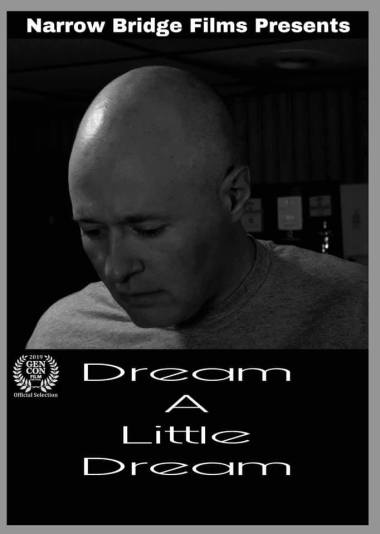 Both “Cupid’s First Day” (available on Amazon Prime) and “Dream a Little Dream” are making their film festival debuts later this year at the Gen Con Film Festival in Indianapolis. This will be the only place you will be able to see “Dream a Little Dream” for the time being as it is a short that is intended for our feature length horror anthology.

Finally, we have “Yellow Scare,” our 4th Feature and our most accepted and award winning film to date. “Yellow Scare” has just been accepted to the Minicon Sci-Fi convention in Minnesota (April 2020) where, for the first time, it will play alongside “Red Scare.” It was also accepted to the Northeast Mountain Film Festival in Georgia this June.

That is it for now. Hopefully, we have many more exciting film festival announcements to make before too long.