Today is the 7th Anniversary of Narrow Bridge Films.

I never really intended to create a film production company. I never set out to be a producer.

I’ve always loved to write. And I love to act. So, for years, I wanted to write a script that I could act in. That’s all.

My first script (titled: Bored) wasn’t that good, to be honest, and I had no idea how to get a movie made… Awhile after that, I wrote a WWII Horror movie, but even as I wrote it I realized that I didn’t have the resources to make that movie. If I was going to have any chance of getting a movie made, it’d have to be an easier one to make.
In the summer of 2009, I started a script for a movie called “Blaming George Romero.” Set in the modern day in locations I knew I could get, it was doable. It would be difficult, but it was doable.

I had several actors in mind from the beginning, and I approached them as I started the script. I told them I was writing a movie, and I was writing characters specifically for them… In fact, the characters even had their names in the script (Isaac, Ramy, Dan, Loarina, and Bobby). I said, I want to film this next year, would you be interested? They all said yes… One of them said “yes” but also said that it would never happen.

I didn’t let that negativity stop me. I continued to write, and tried to figure out exactly HOW to make the movie. I was an English Theatre major. I had never taken a film class at all, let alone one about producing a movie. Thankfully, my friend, Brad Resnick, had some producing experience and we met several times to brainstorm. How to make a movie on almost no budget?
Around this time, my friend John Trigonis opened my eyes to a wonderful thing: Crowdfunding. He had just started crowdfunding his short film, Cerise, and gave me wonderful insight into how to do likewise for my film. Armed with this knowledge, I launched my first crowdfunding campaign (which would eventually raise around $7,000). 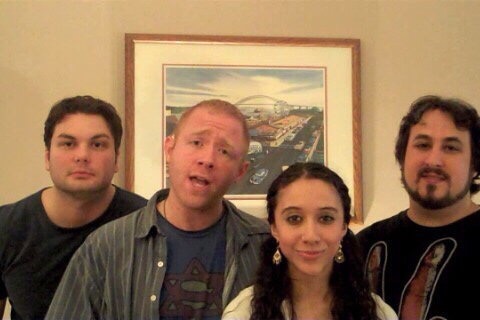 Suddenly, what “would never happen” was happening.

My first choice for director couldn’t commit to the project, so Bobby (who had directed a few one acts in college) volunteered to Direct. Since he had never directed film, we knew that we would need a really good DP, and we found one in the one-of-a-kind Raul Garcia. Doug Youmans, who I had worked with on a project alongside Dan, had access to a wealth of lights from his employers at NBC and agreed to be our gaffer. 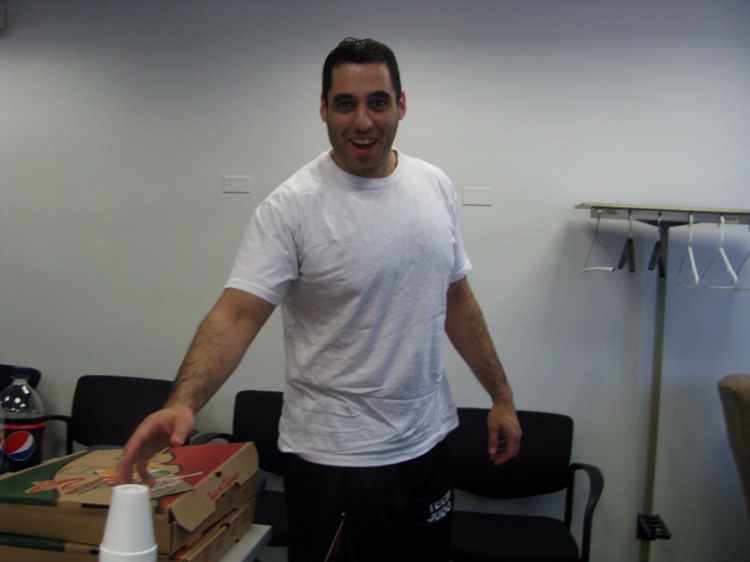 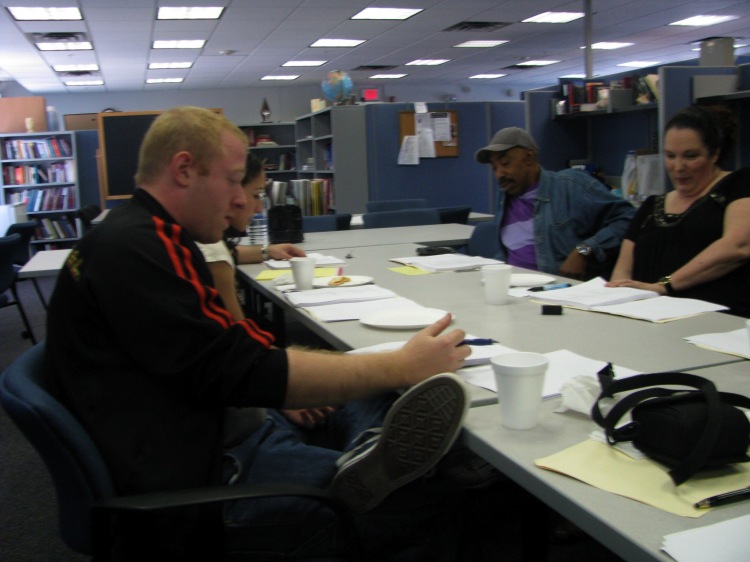 We had a read thru, a photo shoot, and rehearsals. A stranger named Sean Feuer messaged me on facebook telling me he had seen me posting about the film, and asked if he could help out in any way. I said, “Sure. We could always use an extra pair of hands.” He seemed polite enough. And who knows? Maybe he would be talented. 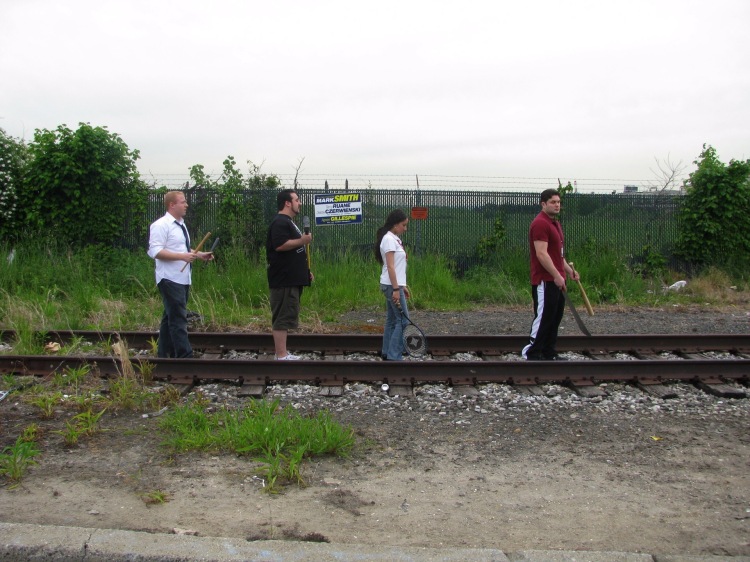 The search for a sound person was a more difficult one, and threatened to stop us in our tracks before we started. Luckily for us, a friend of a friend recommended Joey Mosca to us shortly before we were set to film.

And then the day arrived… June 14, 2010. The day we started filming. The day I knew that there was no turning back. The day Narrow Bridge truly started. One way or the other, we would finish this movie… And then we did. It wasn’t easy, but we did it. 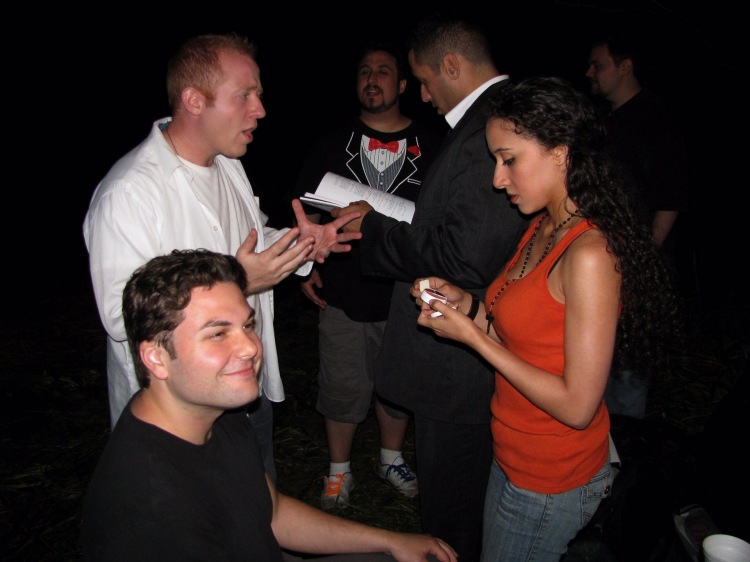 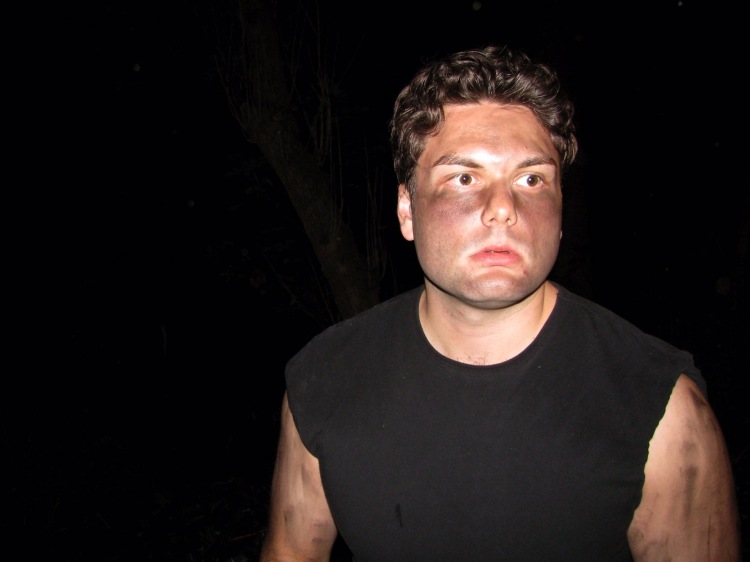 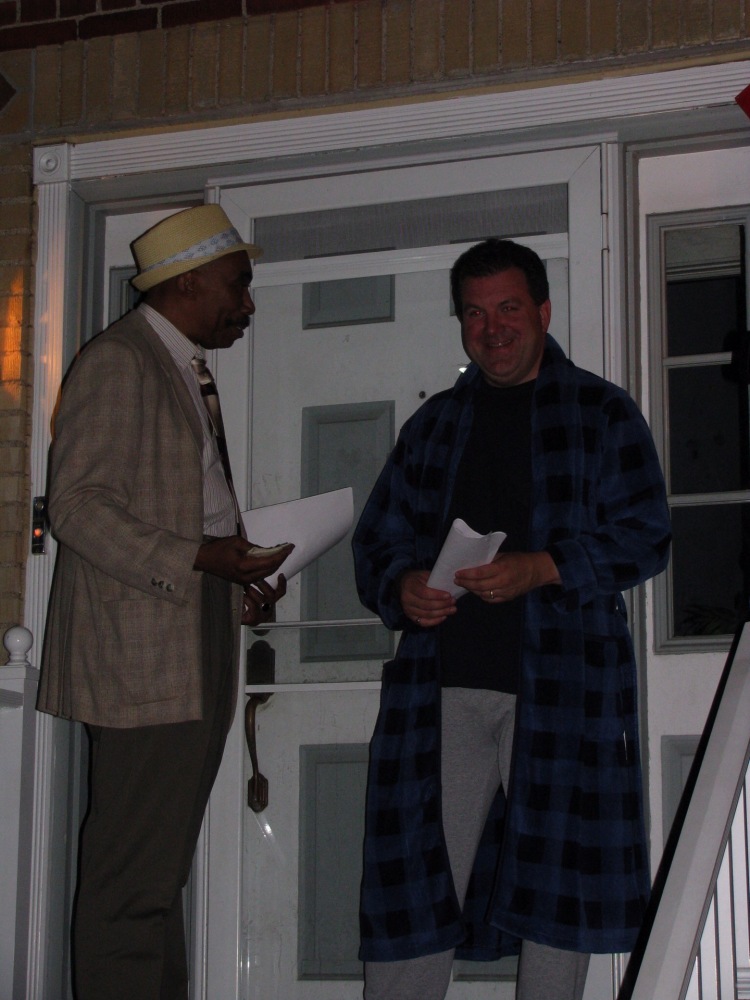 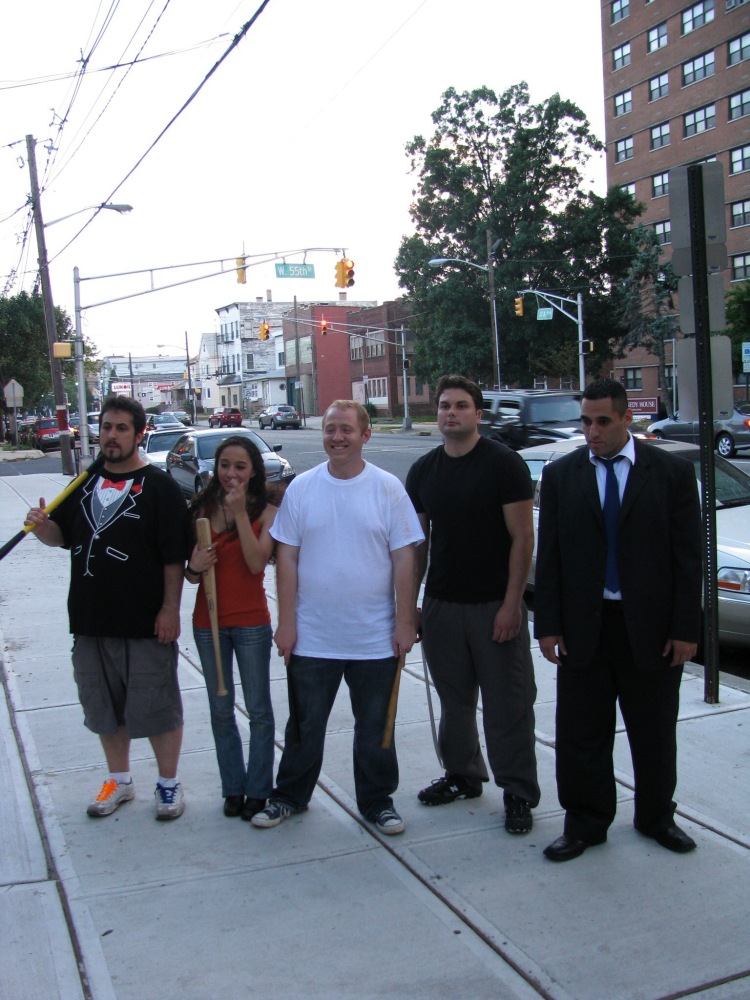 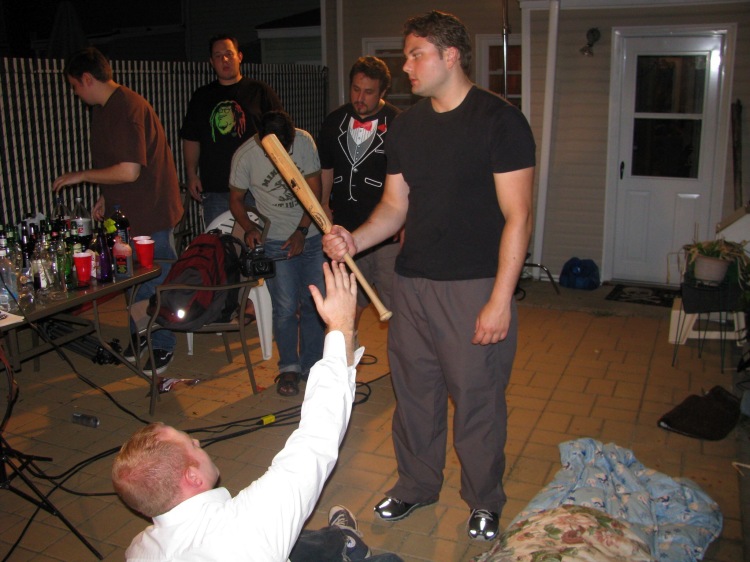 Since then, we have made four feature films, 8 shorts, and a web series. 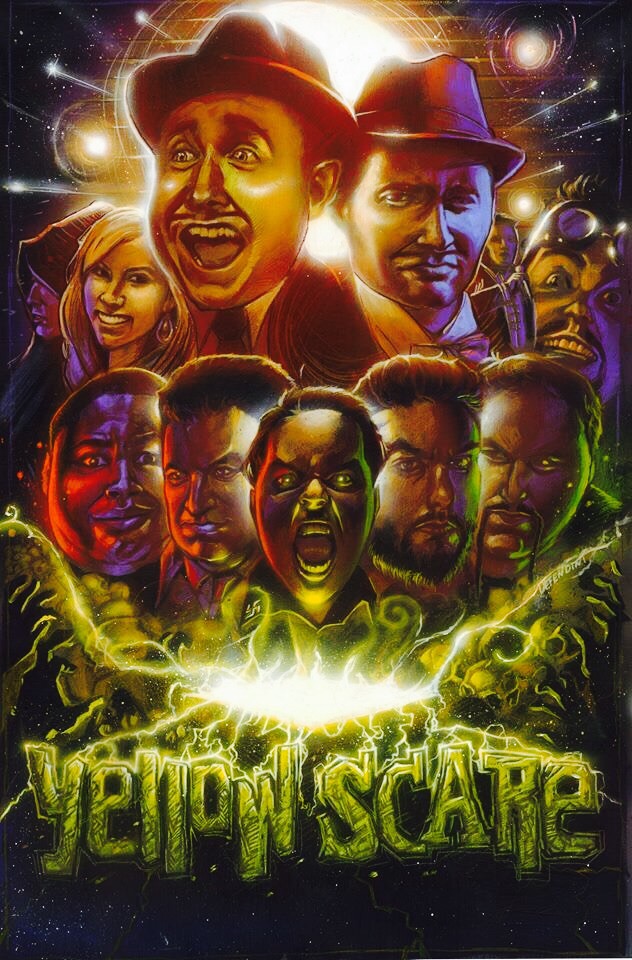 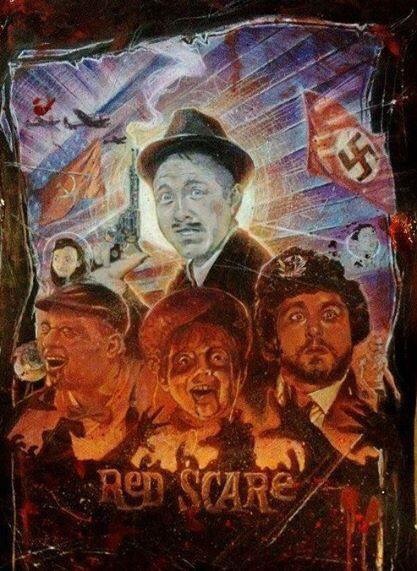 Our first two features are available on Vimeo and Amazon, and our third feature has a distribution deal with Summer Hill Films.

We have had our projects shown in festivals in New Jersey, New York, Illinois, Nevada, California, Ohio, Kentucky, Hawaii, and soon-to-be Texas.

Our core group has changed and evolved since June 14, 2010. Actors and crew have come and gone, and new members have entered. No one says “this will never happen;” we just try to figure out how to make things happen. We have an amazing group of people who believe in what we are doing, and are passionate about what we are doing, and who know that we can do whatever we set out to do.

Extra special thanks to my brother Isaac, and my film brothers Joey Mosca, Billy Farley, and Dan Gregory who have been there since the beginning, and continue to make great art with me.

My grandmother’s lucky number was always “7.” Let’s hope 7 is the best year yet. Happy Birthday, Narrow Bridge Films. Thank you & Congratulations to everyone who has been a part of this endeavor.

“The whole world is a very NARROW BRIDGE… But the main thing to recall is to have no fear at all.”