From Thursday, October 18th – Monday, October 29th, Joey, Billy, Isaac, and I went to the 2018 Orlando Film Festival. This was one of those festivals we REALLY wanted to get into and were very excited once we did.

The festival was at the beautiful Cobb Plaza Cinema Cafe in Downtown Orlando, which was a wonderful venue for a festival. And I am not going to lie. Seeing this was pretty damn awesome. 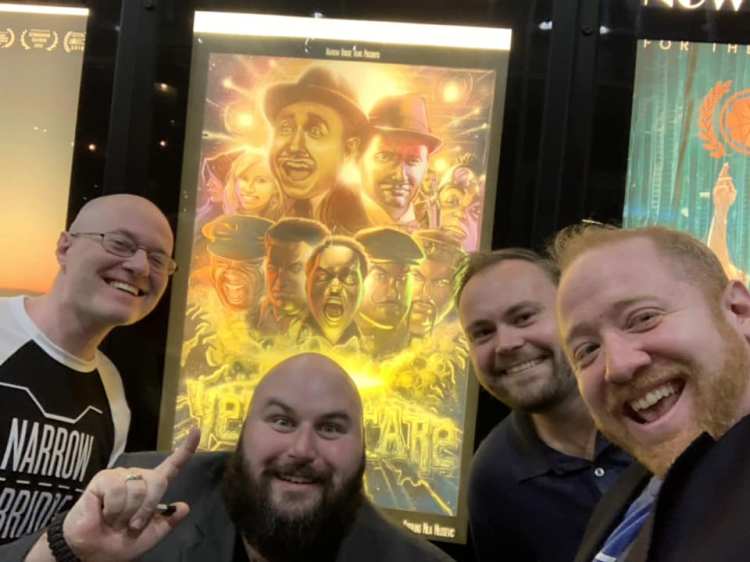 The screenings were okay. We had two, and had a small audience for each… We’ve played to smaller audiences. Both audiences seemed receptive, but we have seen first hand that “Yellow Scare” plays best in a crowded audience. It would have been nice to get a little extra help packing the audience, but we did the best we could with what we had.

And we got to see some really good films and some… not so good ones… while we were there.

Despite some issues that we had with the festival that kept it from being one of our favorite festival experiences, we did come away with a very nice nomination for BEST POSTER.

So, that was well deserved. I have always loved what Steve Defendini has done with the Scare posters (can’t wait to see what he does with “Green Scare”), so it was great to see him get some recognition for his work. And there were a TON of great looking posters at the festival, so it was an honor to be nominated for this.

So, another festival in the books. We have a handful of other “Undecideds” out at the moment, so hopefully we get some positive news from them soon.

In the meantime, make sure to check out CLICK SEND, which is now on Amazon Prime. The perfect horror short to watch on Halloween… or anytime.