Did you know that there is a Narrow Bridge Films Day? It’s true. Among the amazing things that happened at last year’s Golden Door International Film Festival (buy tickets to this year’s here!) we received a certificate from the City of Bayonne declaring September 23, 2018 to be NARROW BRIDGE FILMS DAY. 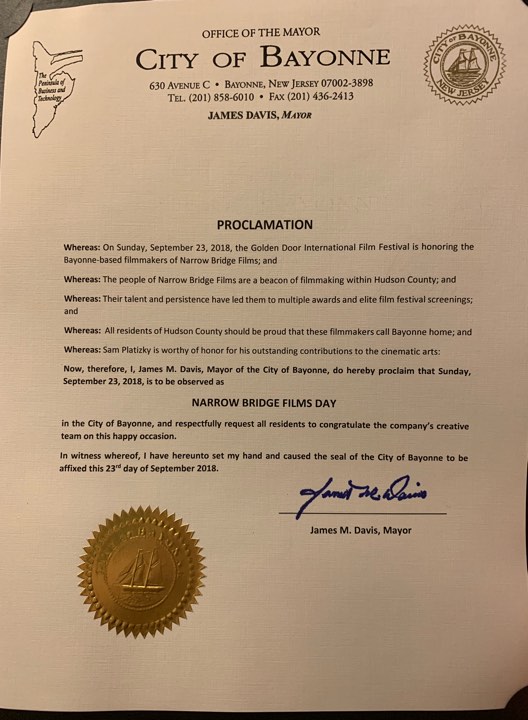 Well, it turns out that (weather permitting), we are actually going to be filming something on 9/23, but we still wanted to do something.

And we are. Stay tuned for September 23rd for some cool stuff from Narrow Bridge Films.